I really really wanted grilled cheese sandwich when I was watching Glee where in one episode Finn (played by the late Cory Monteith) was making one and found Jesus’ face printed in the burnt section of the bread (the episode was called “Grilled Cheesus”). Yeah obviously, plot of the episode is second to the food featured in it according to my book. So after I watched the episode I went to my kitchen, grab my bread, butter, and sliced cheese in the fridge and I found beef and onion lying around. So, knowing myself that I will not get full over bread and cheese, I decided to create the upgraded version of grilled cheese sandwich. 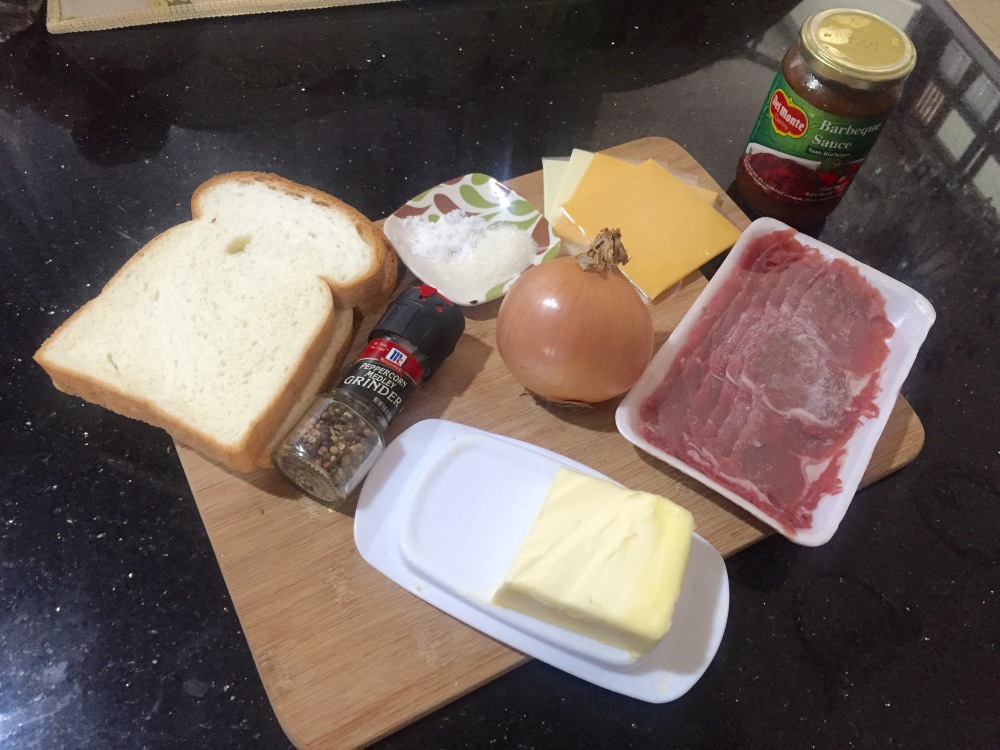 – 2 slices of bread
– Butter
– 4 slices of cheese (I use 2 slices of cheddar and 2 slices of emmental but you can basically use any cheese you prefer, grated cheese works well too)
– Half an onion
– 150 grams  of thinly sliced beef (used for yakiniku or shabu-shabu)
– Barbecue sauce
– Sugar
-Cooking oil
– Salt and pepper 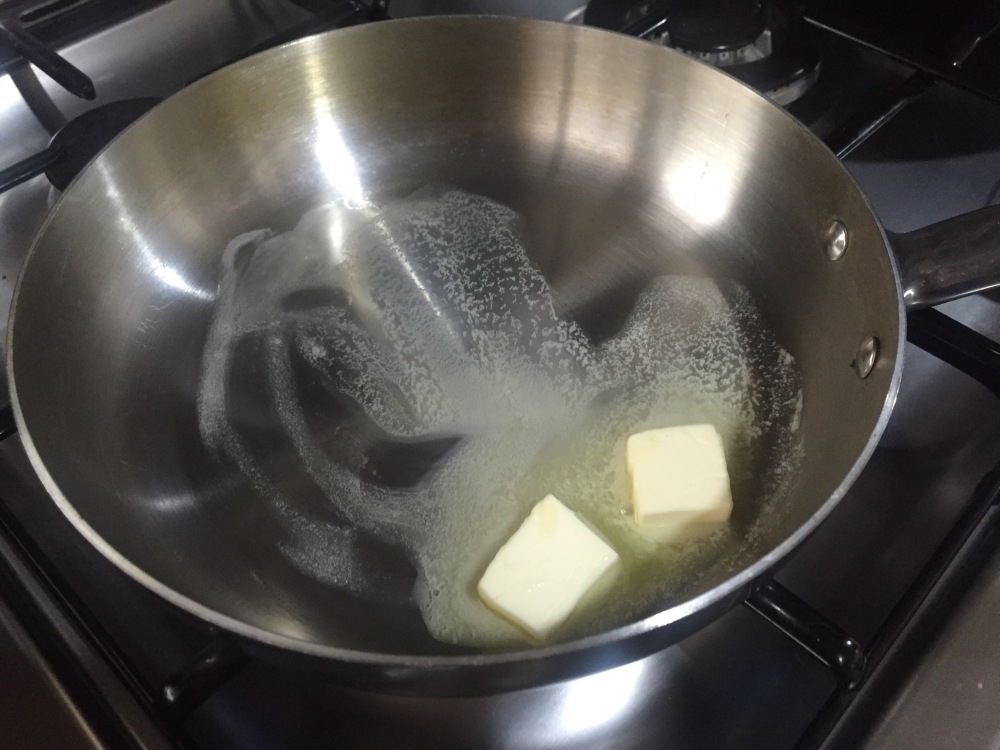 Melt 2 cubes of butter in a frying pan. 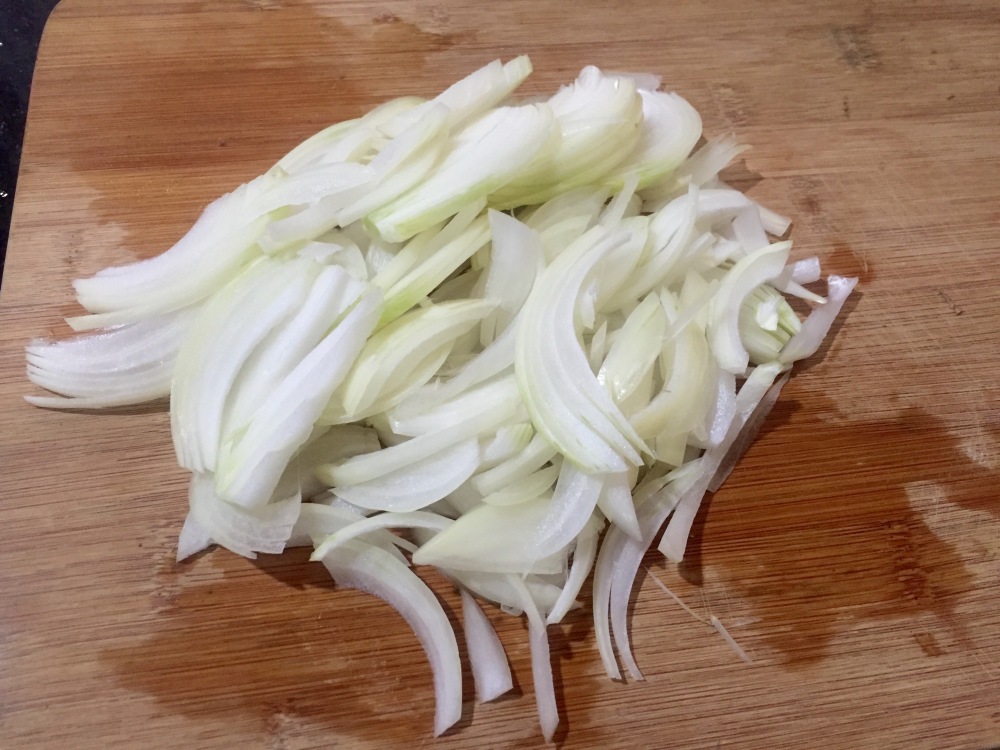 Slice up the onion. 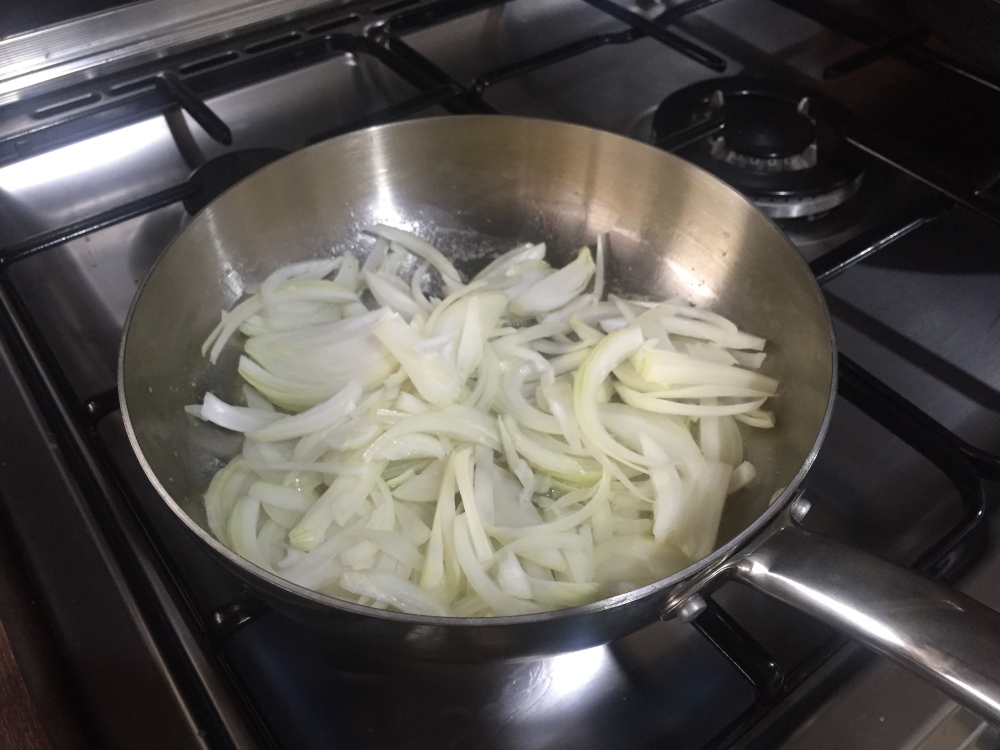 In a medium high heat, cook the onion (add more butter if needed). 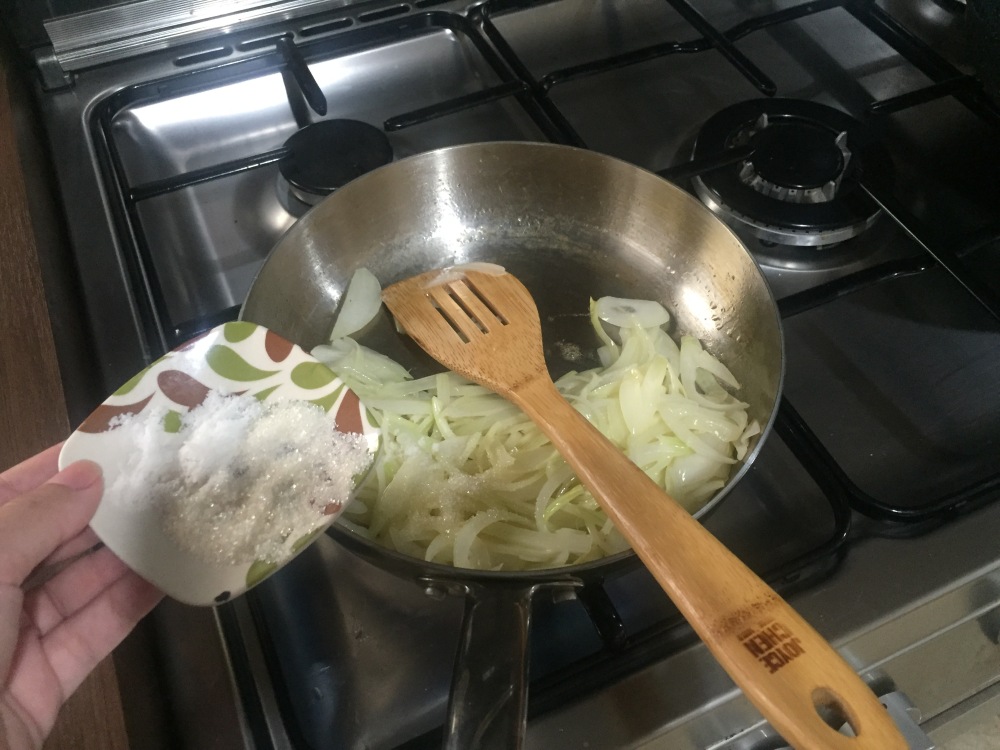 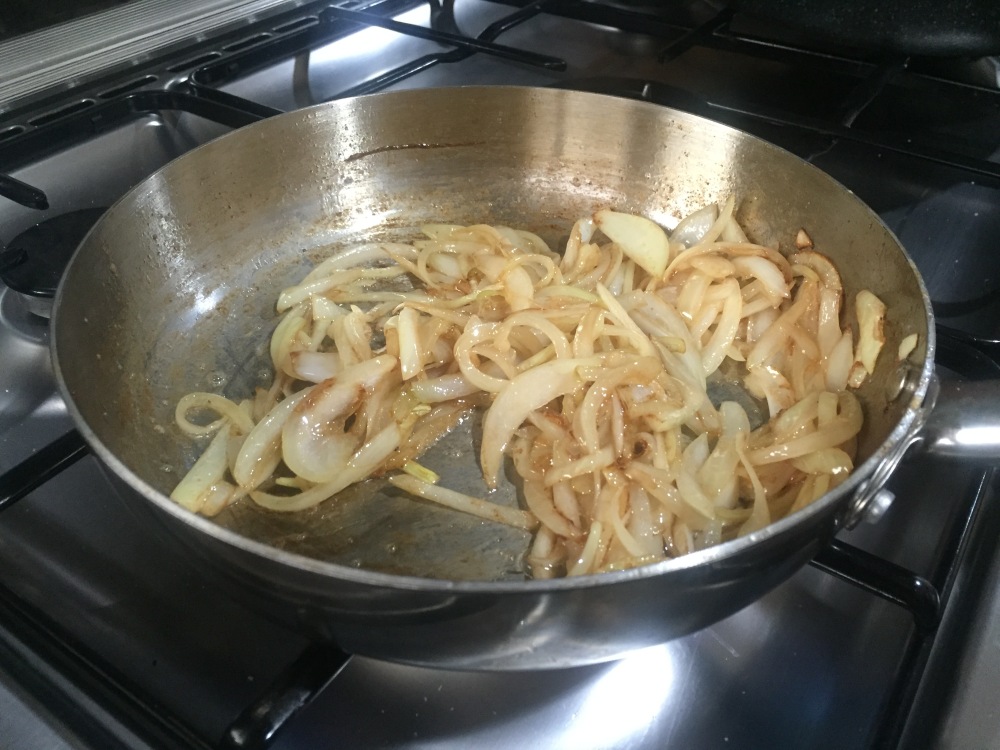 Keep stirring the onion, it will take about 2-3 minutes for the onion to caramelize until brown. 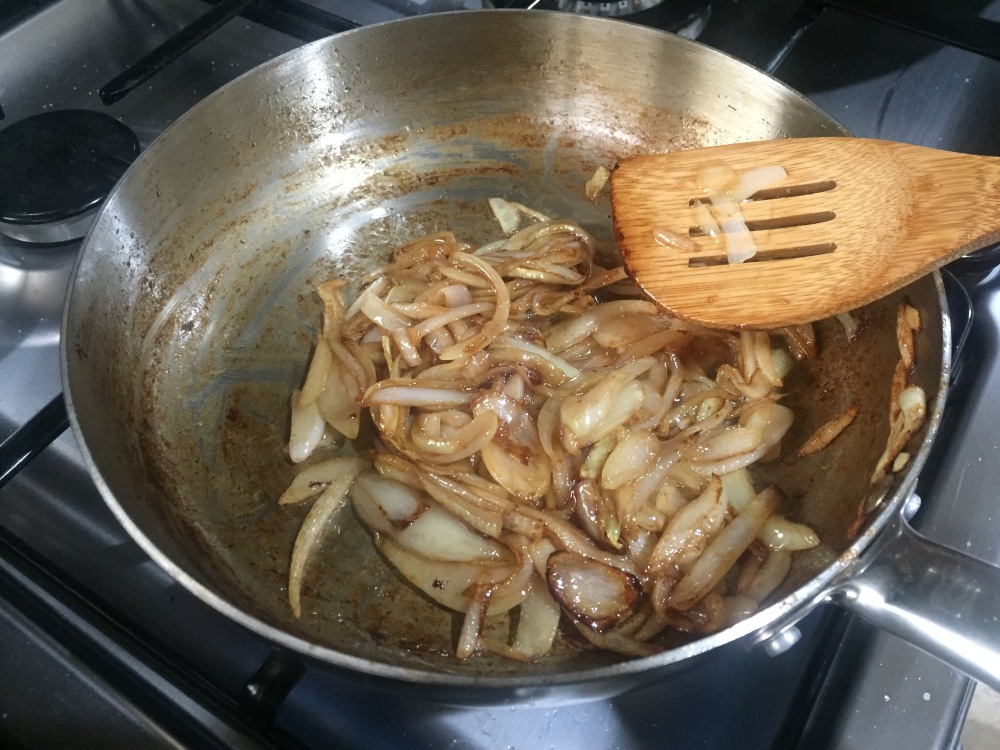 Once the onion is completely caramelized, set aside. 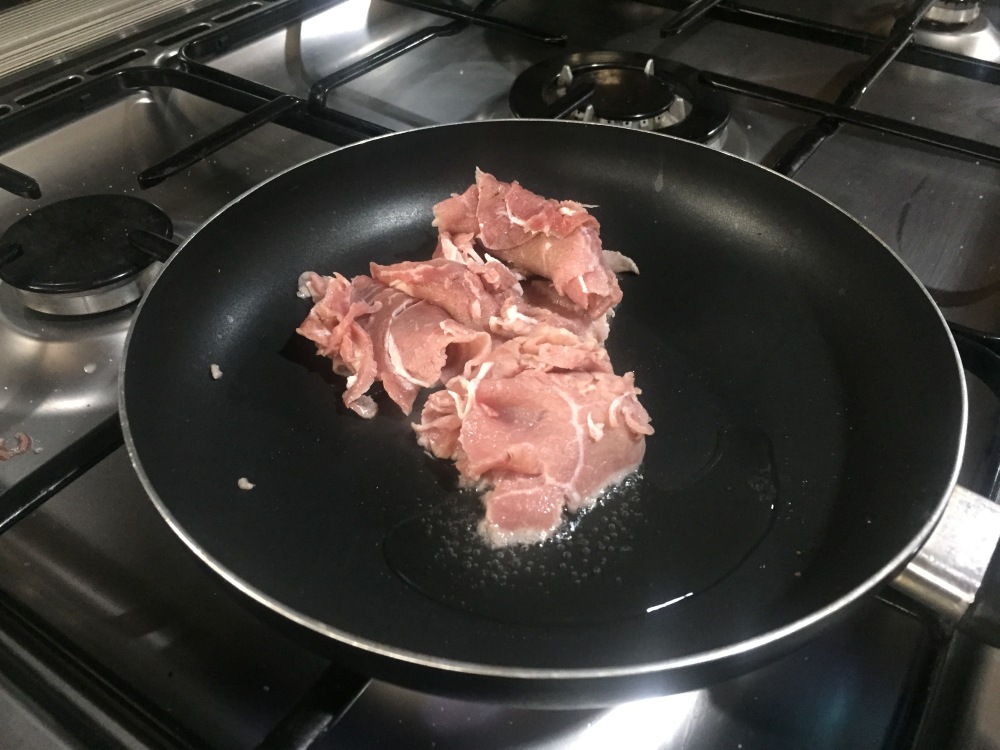 In another pan, add cooking oil and the beef. 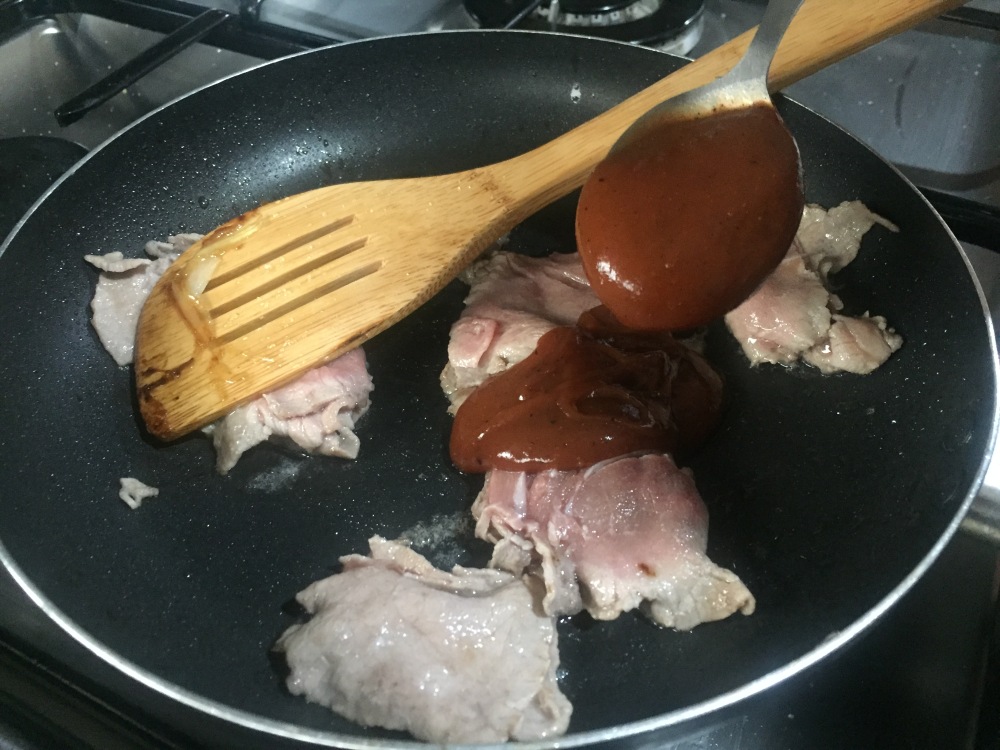 Add 2 tablespoons of barbecue sauce and mix them well. Add some extra blackpepper if needed. 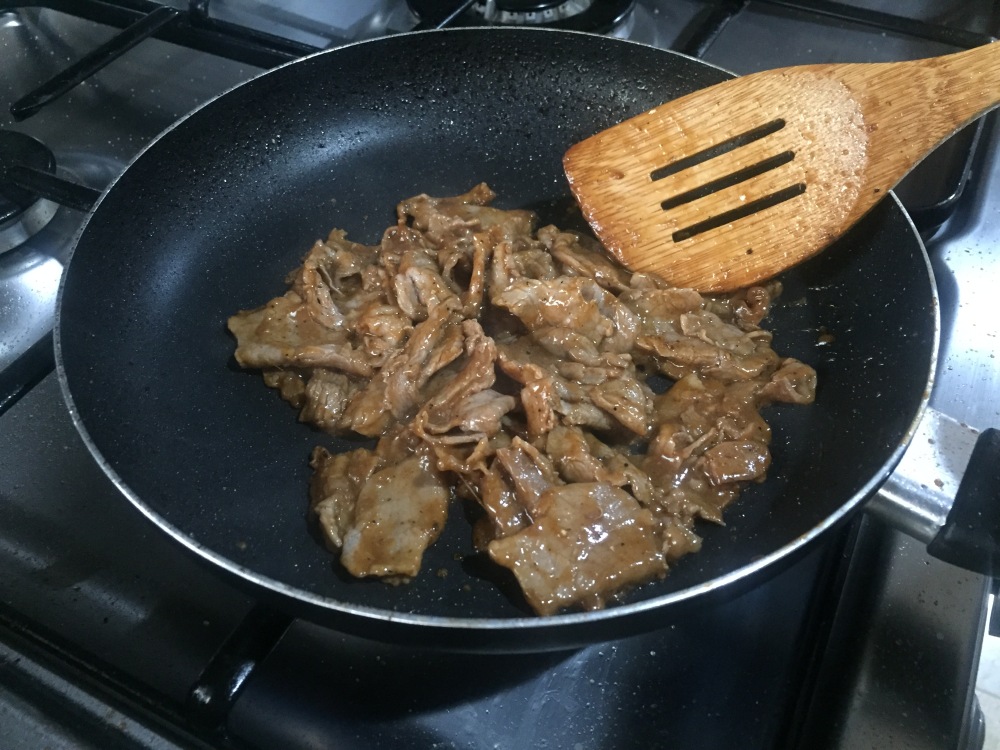 Once the beef is cooked and the sauce is infused well into the meat set it aside. 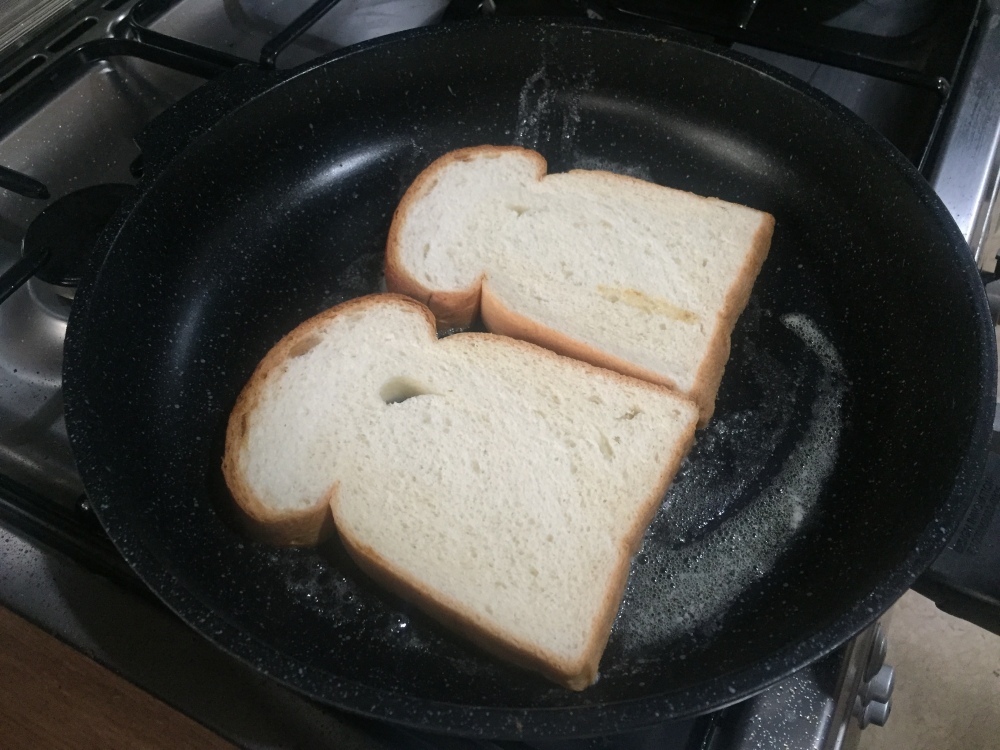 Next, melt some butter in a pan, put it in low heat and add the bread. 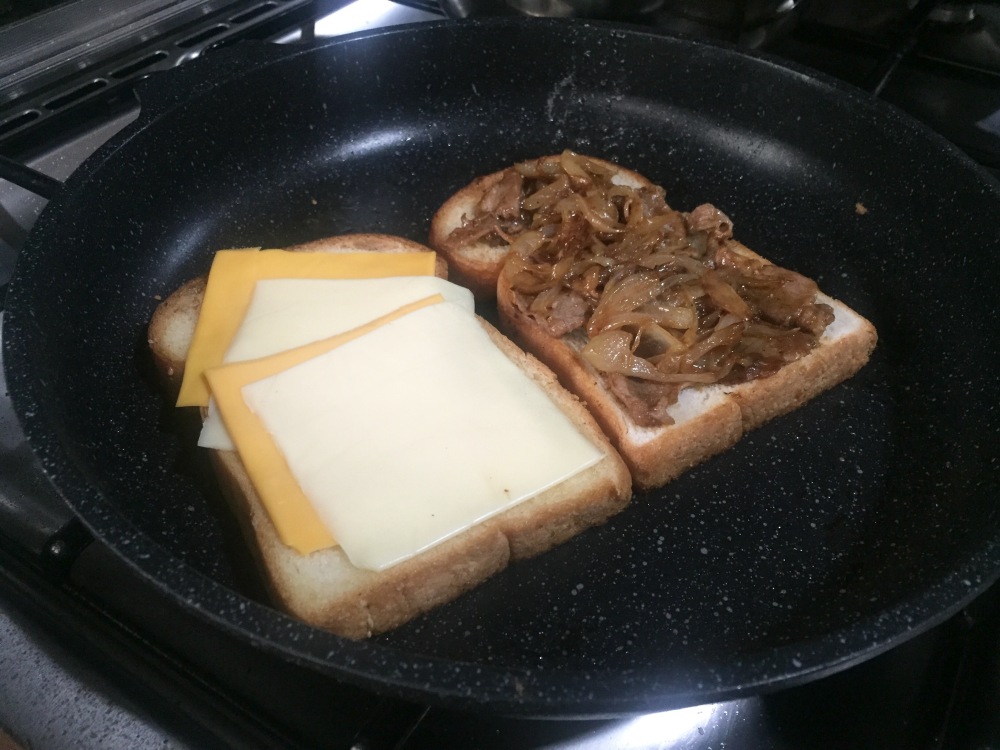 Line up the cheese on one side of the bread and the beef and onion on the other. 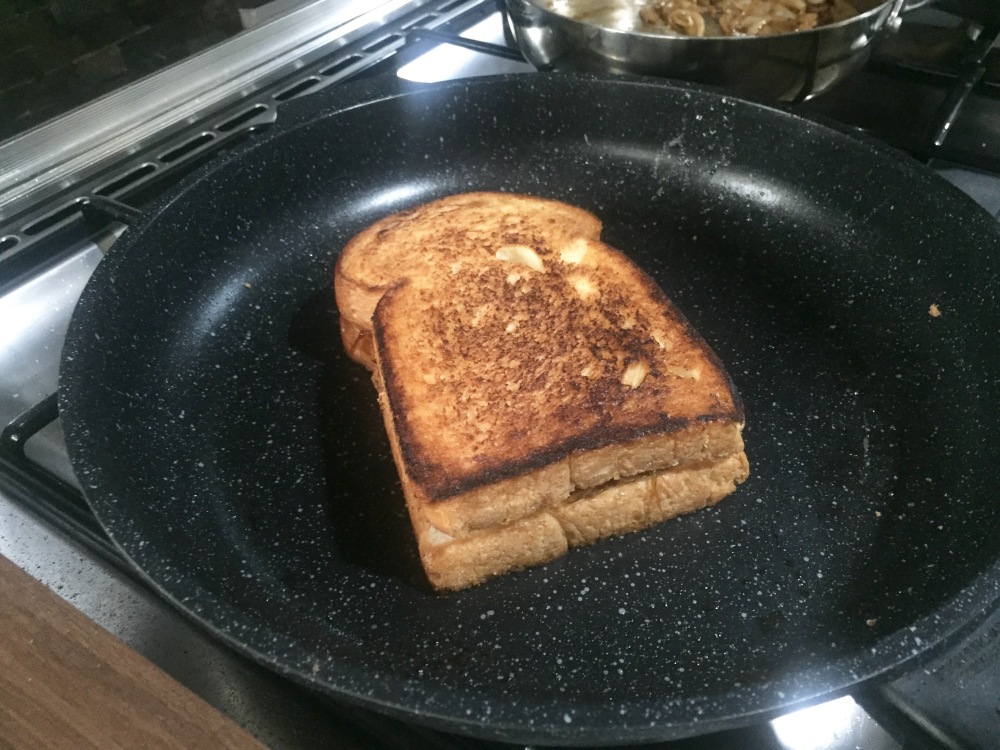 Almost done. Let them sit for a while for the cheese to melt but keep in mind not to burn the toast as well. 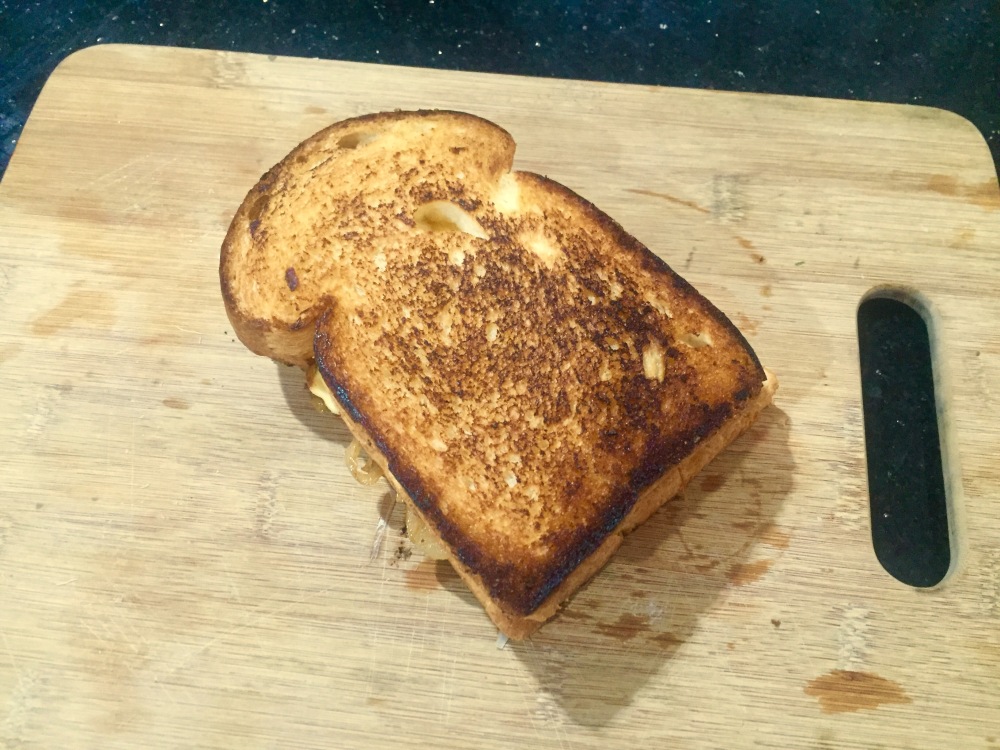 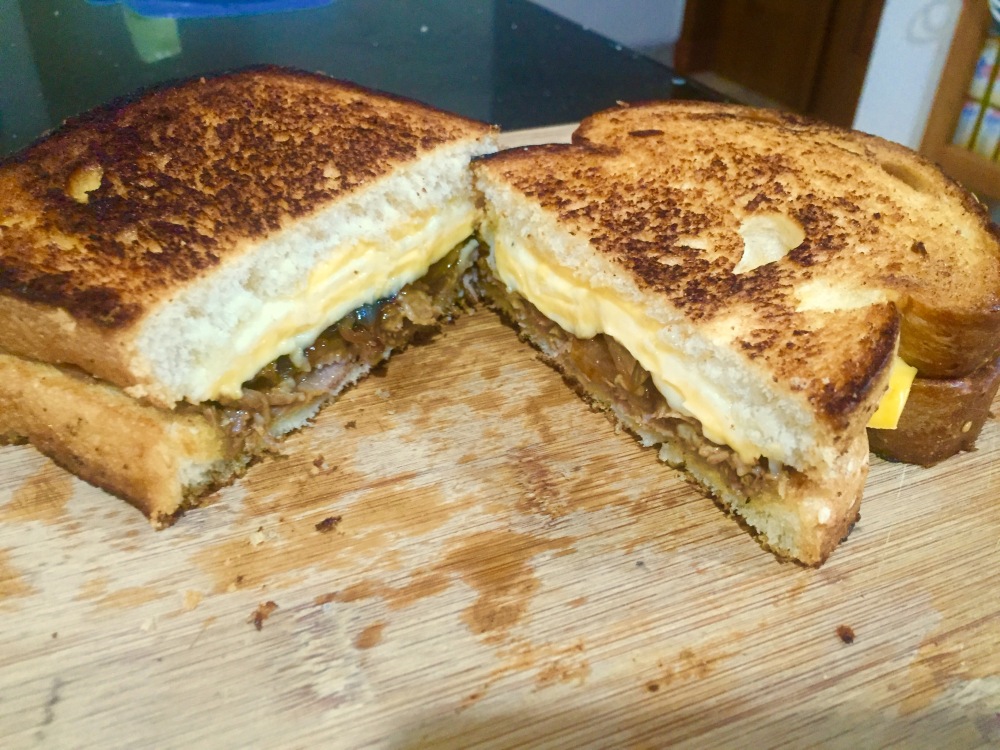 Ok, so I think this recipe is one of the most fool-proof one of all hahaha. Trust me though, I think EVERY TIME is a good time for grilled cheese. It could be your go-to meal, or just snack. You obviously don’t need that much effort to cook and clean up but the taste is ah-mazing and worth more than the effort. I think from now on, I will highly recommend you to at least always have bread, butter, and cheese ready in your home, in case you get hungry… or when I come visit 😀

Here’s to a cheesy Saturday,
TLMC